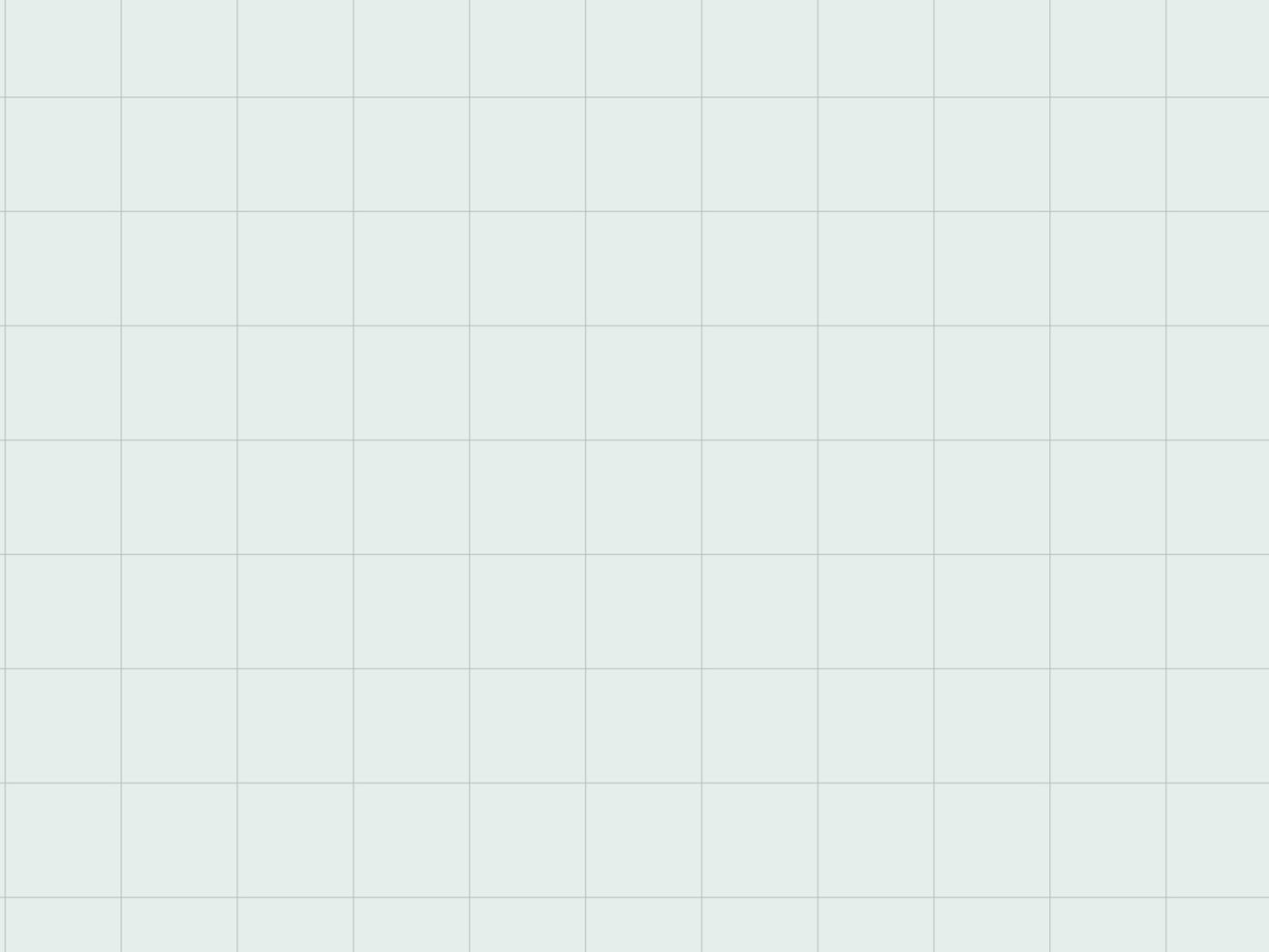 Moneybags Atlanta homebuyers in the market for a property with architectural pedigree that melds traditional class with a few dollops of daring design could be intrigued here on Cherokee Road.

Tucked off Peachtree Road near Jesus Junction, this five-bedroom, tile-roofed Peachtree Heights Park residence is marketed as an “elegant European masterpiece”—a description that just might be spot-on.

Counting north of 6,400 square feet, the home was designed in 1930 by Georgia Tech alum Flip Burge, cofounder of Burge and Stevens (now Stevens and Wilkinson), which is credited as being one of the era’s most progressive architecture firms in Atlanta.

Visitors are greeted by a sizable motorcourt flanked by manicured grounds in the front, which could help atone for a backyard few Atlantans would describe as spectacular at this price point.

The theme of arches that begins with street-facing windows and the porte-cochère is carried inside with numerous entryways.

Some impressive numbers: six bathrooms total (two bathrooms stemming off the master suite alone), two laundry rooms, and four slots for vehicles across two garages (including below the carriage house, an obvious highlight).

Records indicate the property last sold in December 2016 for $2.4 million, which logic says was prior to at least some renovations.

It listed at $3,275,000 this week through Atlanta Fine Homes Sotheby’s International Realty.

That’s no small ask at $508 per square foot. But even for Buckhead, this is no ordinary property, either. 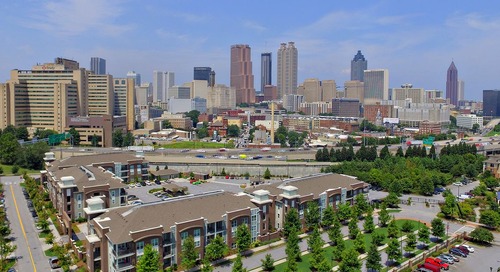 Like Los Angeles and Shanghai, Atlanta is trying to fix “fundamental error of the past,” National Geographi... 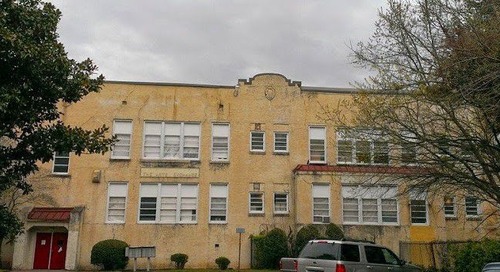 The old building was once home to the Atlanta Arts Exchange, too Another piece of Atlanta’s historical fabr... 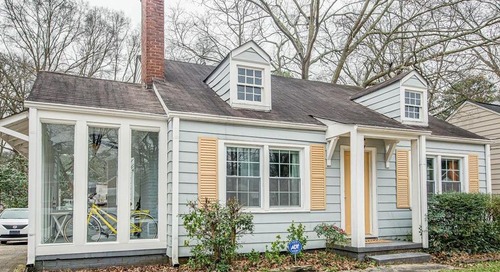 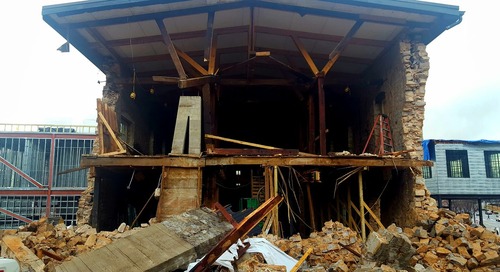 A wall collapsed where the Purgatory music venue once was. | Sean Keenan, Curbed Atlanta Officials: Abuse of the 118-year-old former Masquerade music venue was a culprit in the collapse... 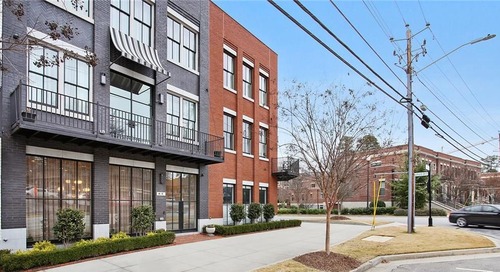 What a $1.7M, three-bedroom Atlanta townhome looks like right now

The brick-built unit in question at 83 East Andrews Drive, No. 2, is the darker-hued one at left, with a terrace spanning the facade outside French doors. | Photography courtesy of Jeffrey Taylor... 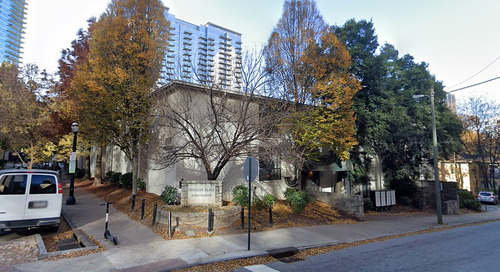 The low-rise Crescent Place Apartments operate on the site now. | Google Maps The rumor mill is swirling about what could happen to the parcel in such a booming location A prime piece of real... 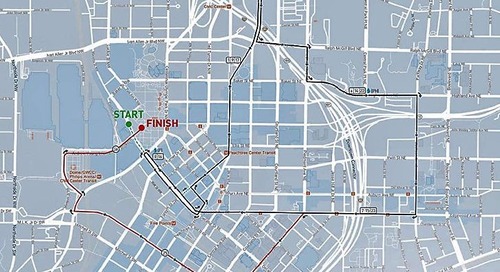 You might want to avoid driving near these roads Saturday. | Images: Atlanta Track Club, via Midtown Alliance Officials are working “to identify any potholes or metal plates ahead of time and... 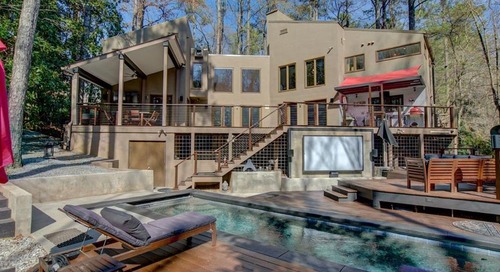 Stucco-clad 1970s contemporary is party central in Buckhead at $1.37M 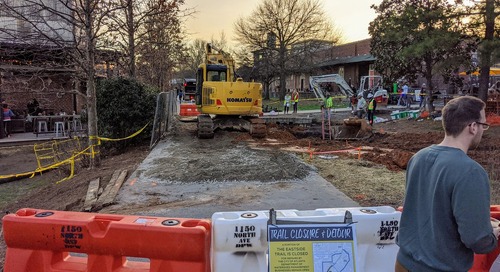 The repair site (and makeshift detour) on Saturday. | Josh Green, Curbed Atlanta An ancient underground pipe appears to be the culprit A popular segment of the Atlanta Beltline’s Eastside... 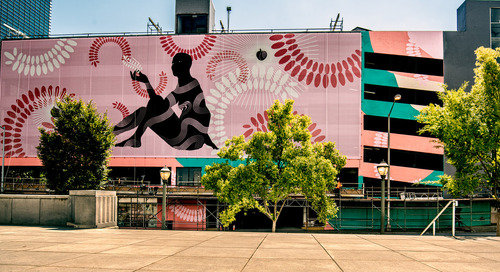 Photos: How the highly visual Arts & Entertainment Atlanta district is coming together

Pockets of downtown continue to brighten up with new artwork. | Brock Scott, courtesy of AE Atlanta The light-up downtown initiative moves closer to “creating light, vitality, and activity” in... 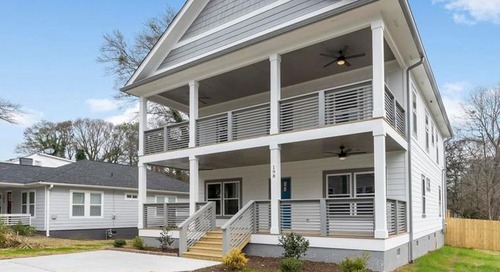 A double serving of covered porches spans the facade at 198 Westview Place SW. | Photos courtesy of PalmerHouse Properties Due west of downtown Atlanta, the corner-lot property isn’t short on... 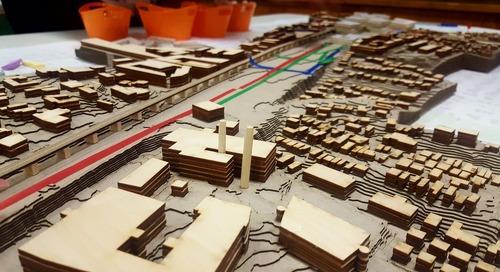 At a pop-up design workshop last year, neighbors built their own dream Hulsey Yard with wooden models—a grassroots effort that now appears to be for naught. | Sean Keenan, Curbed Atlanta ... 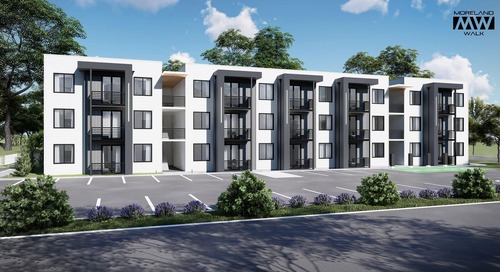 Plans for three stories of condos at 1155 Custer Avenue SE. | Images courtesy of Royal Oak Development Priced from the low $200Ks, the 29-condo project will be tucked off Moreland Avenue As... 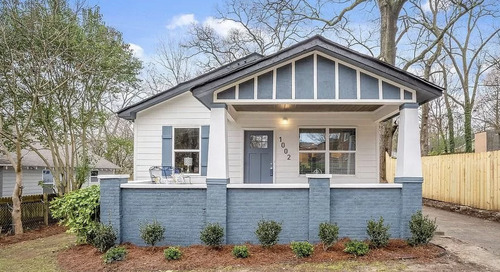 This price point, believe it or not, still offers a varied selection of locations and size   For this installment of Curbed Comparisons, we take a look at what $300,000—give or take $5,000—buys... 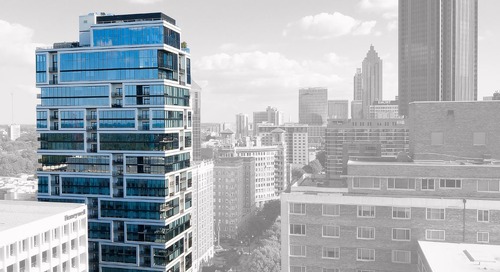 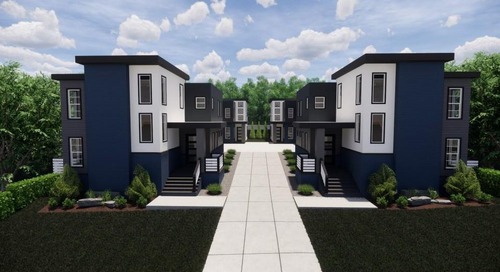 The planned look of four semi-detached dwellings set around a courtyard on Walthall Street. | Images courtesy of Harry Norman Realtors The four-unit complex dubbed Geometry is planned near the... 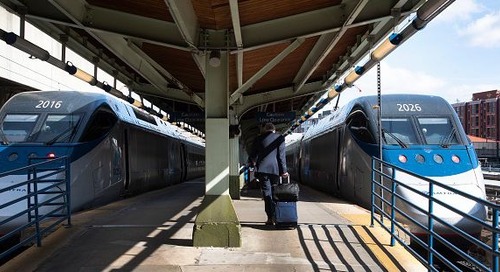 Atlanta’s single Amtrak station today only heads northeast, into the Carolinas, and west, toward Birmingham. Washington D.C.’s is shown here. | The Washington Post via Getty Im How much the... 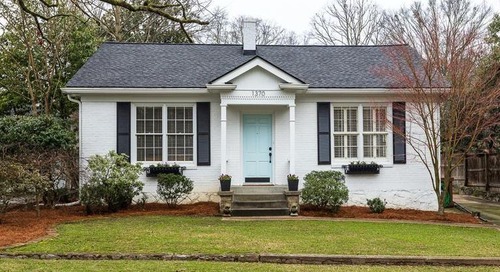 A property that exudes quaintness at 1370 Wessyngton Road NE. | Engel & Volkers Atlanta/Homesnap; photography by Daniel Stabler By Atlanta standards, it’s not a large home, but the “super cute”... 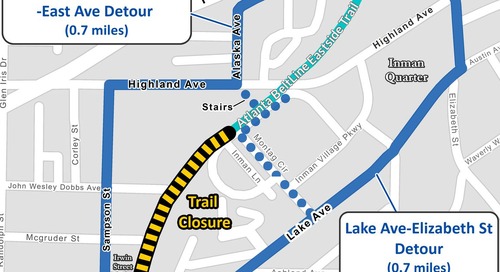 How to access part of the Beltline for at least the next few days. | City of Atlanta Neighboring businesses are expected to remain open, but detours must be followed A popular section of the... 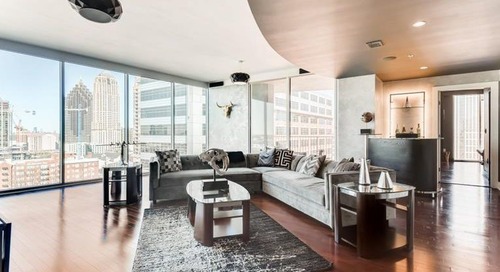 The big views upon entry at Unit 1603. | Berkshire Hathaway HomeServices Georgia Properties Seller Tim Jennings won a Super Bowl with the Indianapolis Colts and shined with the Chicago Bears ... 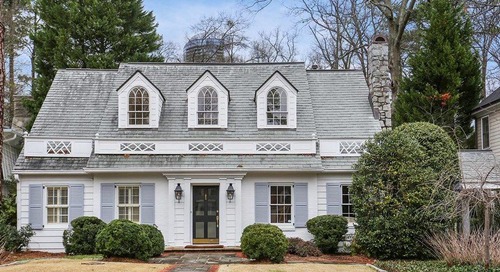 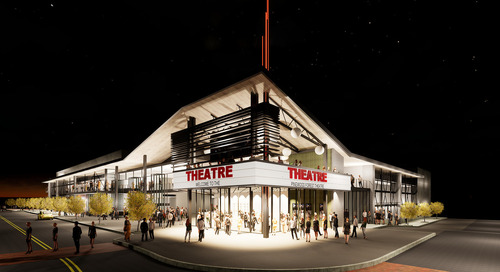